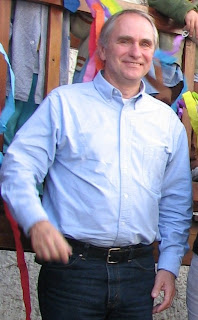 Werner Schroeder’s passion for international bird conservation stems from many travels to biodiverse areas in Africa. From 1983-1988 he studied biology and since then worked as an environmental consultant to a municipality close to Bielefeld, Germany. Since 1992 Werner Schroeder has been working in an honorary capacity as the Head of the Africa Working Group of NABU, the German BirdLife partner. Mainly focusing on Ethiopia, Kenya and South Africa, his work involves the coordination of support to local BirdLife International partners and the joint implementation of conservation programmes, including ecotourism, environmental education, alternative income generating activities and integrated conservation and development projects.


Relevance of biogeography to your work

Antje Ahrends. Is biogeography – “the study of the geography of life” – a relevant discipline to your work for NABU, the German BirdLife partner? Do you think it is relevant to practical conservation planning in general?
Werner Schroeder. I think that in general biogeography is of great relevance to conservation, in particular with respect to providing knowledge about the distribution of conservation target species across and within priority areas. NABU is basing its work on existing conservation models, primarily on the Important and Endemic Bird Area scheme developed by BirdLife International and to a lesser extent Conservation International’s biodiversity hotspots and WWF’s Global 200. These schemes are easily accessible and provide us with data relevant to conservation. If biogeographers have any further suggestions as to how to prioritise our work these are welcome. There certainly is a lack of communication.

AA. Do you read biogeographic journals, or otherwise receive information on new findings in the field of biogeography? What are your main sources for this?
WS. I read Oryx and Bird Conservation International on a regular basis but no biogeographic journals. Having said this, I am certainly interested in biogeographic research papers if they provide information on the species that we are trying to conserve. As such, a recently published study predicting the habitat suitability of the endemic Mountain Nyala in Ethiopia was of great interest to us. I can see that there is a divide between academia and practical conservation. Working in conservation I just do not have the time to get to grips with all the specifics of and engage in academic discussions.

AA. Most species are difficult to monitor due to the lack of data. Do you believe that quantitative biogeographic methods (e.g. species distribution modelling) are useful to fill in these gaps, for example for the design of reserve networks or to establish the vulnerability of species to environmental change? Or do you think that given that these methods are inherently uncertain, it is difficult, if not risky, to allow them to guide conservation planning?
WS. Distribution modelling techniques and related methods would certainly be useful to inform conservation planning. However, it is important that the models are empirically tested and ground truthed to the greatest possible extent in order to know whether their assumptions and predictions are realistic. Furthermore, it would be useful if these methods would be reasonably easily accessible for non-specialists. BirdLife International African Partnership is recently working on o two year's project "Conservation in the face of climate change together with RSPB (UK) and Durhan University (UK) to develop a practical framework by using models to assess the possible impact of climate change on bird distribution. This information will be used to check whether IBAs in Africa will still meet their purpose for bird conservation. 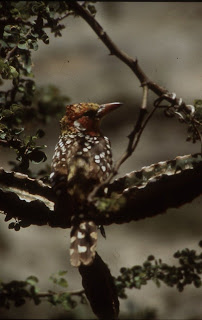 AA. Existing prioritisation schemes such as biodiversity hotspots, Global 200, or Important and Endemic Bird Areas necessarily suffer from data inadequacies, and also reflect the interests and values of the NGOs that generated them. Is there a need for objective reviews of the merits of these schemes, and alternative scenarios? Or do you think these schemes are so institutionalised that reviews would confuse decision makers, compromise public and financial support for conservation and therefore ultimately be counter-productive?
WS. There already have been studies on the overlap between the different schemes. I understand that a coarse agreement has been found, suggesting that where diversity is high in one taxonomic group it is likely to be high in other taxonomic groups too. However, I am certainly of the opinion that we should humbly revise our conservation prioritisation schemes when new data or methods suggest that we have been going wrong. I do not think that conservationists will lose face by doing so, and there is certainly no reason to quarrel over this. On the contrary, it is helpful to have these corrections. On the other hand, it is of course important not to come across as implausible to the public and politicians. We need to present them with data that is as sound as however possible. Given the rapid loss of species and habitats it is absolutely necessary that we all work together in this. We are already entirely and with increasing speed on the loser side and we cannot effort to engage in unhelpful quarrels. Allowing our decisions to be influenced by concurrence between organisations or the run for high profile publications is unethical.
At NABU we base our work on the prioritisation scheme suggested by BirdLife International. The rationale for doing so is that (1) it is probably not helpful if everybody developed their own prioritisation scheme, and (2) for me as a conservation practitioner time is too scarce to engage in the all the specifics of this often rather academic debate. Having said this, it would be useful if datasets on species and their distributions and alternative suggestions for prioritisations would be made available and easily accessible (!) to the conservation community in order for us to review our focal areas on a regular basis.

AA. Do you think that idealistic prioritisation schemes have much relevance on the ground (other than attracting funding)? I.e. is it useful to have these benchmarks although they are (1) necessarily based on incomplete data and (2) generally do not take into account political or socioeconomic constraints?
WS. The Important Bird Area (IBA) scheme by BirdLife International does also take socio-economic aspects into account. In over 190 IBAs so called “Site Support Groups” (SSGs) have been formed by members of the adjacent local communities who have economic and other benefits from the conservation of their sites. The collection of socio-economic and biological data is routinely done for all these sites by trained SSG members, and the data collected is far more extensive than could ever be provided by biologists or the government. To your question: albeit idealistic, I think it is important to have a prioritisation as a form of orientation. Particularly in Endemic Bird Areas it is very important to immediately establish contact to people on the ground, to identify potential socio-economic issues conflicting with the sites’ conservation and to find a solution. If in the end it turned out that an area was not as important to biodiversity conservation as previously thought, it would not be the end of the world if this area was sustainably managed, would it? To me, this seems to be a rather theoretical debate. Every area that harbours biological diversity harbours also ecosystem services and is important. Also, realistically, 99% of the areas that now seem “less important” will have lost their importance due to anthropogenic influences. I would not hesitate to communicate this to the public. In order to prevent the opposite scenario – that an important area has been overlooked by the prioritisation exercises – it is important that conservation and biogeographers work hand in hand. In fact, I would wish for a closer collaboration with biogeographers in our Africa work and herewith like to invite biogeographers to visit/study our project areas.

AA. The nature of scientific research is to continuously challenge existing paradigms, and as a consequence there frequently is a lot of disagreement and a rapid-turnover of paradigms. For instance, a predictive model for species distributions that was deemed the state of the art a few years ago might already be regarded as flawed today! Does this scientific rationale make it difficult to include biogeographic findings in conservation practice given that conservation generally needs longer term strategies and commitments?
WS. I do not think at all that this is a problem. It is helpful to have disagreements that further the debate and our work should be flexible enough to incorporate reviews and corrections. 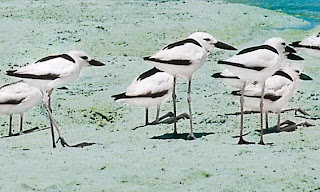 AA. Is an intensified exchange between conservationists and biogeographers necessary, and if so, where do you see potential platforms for this?
WS. It would be very helpful if biogeographers were present at conservation meetings and conferences. I could imagine that such a contribution would be very welcome at BirdLife Regional Partnership meetings or meetings of the German Society for Ornithology. I would welcome a course organised by biogeographers on how to use the software they are developing to look at the probability of species’ occurrence in the face of climate change, and I would be interested in a collaboration to test the accuracy of these models using bird data.

AA. And vice versa - would you be interested to join us at the annual meeting of the IBS?
WS. To be honest, I fear that many of the symposia will be so specific that I would not get a lot out of them. I am more interested in the interdisciplinary work between biogeography and conservation. A pure biogeography meeting would only be useful for me to attend if their was a symposium on the biogeography link to conservation or on particular geographic areas or species that fall within the scope of my work for NABU.

WS. I think that it would be extremely helpful if the outputs of species distribution models would be readily available to conservation practitioners on CDs or the internet, for example in order to identify sites with a high probability of occurrence of particular species that we are trying to conserve. I am sure that there is a lot of information out there in the form of peer-reviewed publications, however, as mentioned before I lack the time to go through these in detail and not working in an academic institution I also do not have free access to the majority of the relevant journals.
Published by IBS Newsletter (Joaquín Hortal)

Anonymous said...
This comment has been removed by a blog administrator.
November 9, 2008 at 6:03 AM

Photogrammetry services said...
This comment has been removed by a blog administrator.
March 28, 2009 at 3:49 AM