Will existing conservation strategies prevent global warming from driving many species to extinction? According to a recent publication by McLachlan, Hellman, and Schwartz (2007), the answer is no, because many species may not be able to tolerate, adapt, or shift their geographic distributions quickly enough to survive rapidly changing climates. Thus, current conservation solutions targeted to climate change, which are based primarily on building interconnected systems of corridors and reserves, may be inadequate for many species. Such approaches will be particularly inadequate for species that are entirely blocked from shifting their geographic ranges by anthropogenic barriers to dispersal, such as urban sprawl. Recognizing these limitations, some activist groups have begun to take matters into their own hands; the Torreya Guardians (http://www.torreyaguardians.org/), have begun transplanting Torreya taxifolia, a tree endemic to northern Florida, to points as far northward as New York. McLachlan et al. (2007) describe such intentional transport of species to prevent species extinction in light of climate change as “assisted migration”. Moreover, they point out that this newly emerging conservation strategy, while potentially useful in preventing extinction, is currently being applied in ad hoc fashion with no guiding policy or legal framework. They suggest that it is in urgent need of evaluation by coalitions of scientists, policy makers, and managers. We agree. 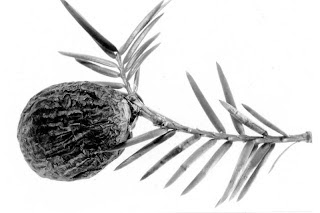 Assisted migration is clearly a drastic solution to a pressing problem, and many scientists may wonder whether we have sufficient knowledge and wisdom to successfully implement such a solution. Alternatively, doing nothing in the face of potentially rapid climate changes also carries significant ecological risks. Below we outline the major benefits, limitations, and potential costs of assisted migration, as well as key scientific questions and knowledge gaps that challenge the implementation of this strategy.

Benefits:
· Preventing extinctions of targeted species.
· Replacing the current ad hoc approaches to assisted migration with a more coherent set of policies and laws, grounded in the best-available science.

Limitations:
· This strategy may be too costly to protect many species (see Potential Costs, below).
· Operationally, current scientific knowledge may be insufficient to optimize this strategy (see Scientific Needs and Questions, below).
· Ethical considerations may preclude common use of this strategy.
· Environmental law and policy may prevent or hinder the application of this strategy. In particular, the heterogeneity of existing legal structures, both internationally and intranationally, may hinder attempts to implement assisted migration.
· This strategy may not protect species whose habitats or climate zones disappear entirely under global warming scenarios.

Potential Costs:
· Direct economic costs of physically transporting and establishing new populations. These costs alone may prohibit the implementation of assisted migration for all but a few favored species.
· Usurpation of limited public attention and financial support from other conservation efforts.
· Species introduced further northwards may become ‘invasive’ in their new location and may disrupt ‘native’ species assemblages that are already impacted by environmental change. In general, we have a poor ability to predict which species will aggressively invade surrounding ecosystems and which will not.
· Translocated colonists may diminish the size and genetic diversity of source populations that have the potential to survive in situ.
· Adapted gene complexes may be disrupted, maladapted genotypes translocated, and existing genetic diversity may not be adequately conserved.

Scientific Needs and Questions:
· How many species will or might go extinct in the absence of assisted migration, i.e. what is the cost of doing nothing?
· How many species exist, what is there natural history and geographic distribution? We cannot assist species unknown to science, nor those that are poorly understood.
· What factors determine which species are most likely to be come aggressive invaders? What strategies can minimize harm to native species surviving in locations where translocations are occurring?
· Better understanding of environmental tolerance, plasticity, adaptation, and dispersal.
· Better understanding of abundance and genetic structure across geographic ranges.
· Better understanding of the magnitude, time scale, and geographic variation of climate change.
· The development of strategies for optimizing the mechanics, timing and location(s) of translocations. For example:
o How should we move species, e.g., individually or by entire ecosystems?
o Where should we move species to, e.g. how far northwards?
o When should we move species, e.g., now or when a population is in decline?

Ethical Issues and Questions:
· Which species should we save, if we can’t save them all?
· Does taking no action break an ethical responsibility to act?
· Does moving species outside their native range in effect create ‘exotic’ species?
· Much of conservation biology is founded on a “love of place”, e.g. Aldo Leopold’s land ethic. How do we reconcile this with climate change and the potential for species and ecosystem shifts, assisted or otherwise?

Legal Issues and Questions:
· How do we best handle distinctions among different classes of ‘invasive species’, i.e. between species moved for conservation purposes versus those traditionally considered to be exotic? To what extent do we need to develop a legal framework for this?
· How should existing national legislation, e.g., the Endangered Species Act or the National Invasive Species Act in the USA, as well as local, state or international law guide policy?
· What new legislation is needed to create effective policy?
· What legal liabilities are incurred by moving populations of a species to a new location?

Economic Issues and Questions:
· How much will it cost to perform assisted migration? This question comprises both the direct costs of physically transporting and establishing individuals and propagules, and the indirect economic and ecological costs associated with transplanted populations.
· How do we balance these costs of assisted migration against the costs of inactivity?

The list above is not exhaustive, yet it illustrates the complexity of this issue and the difficulty in evaluating the merits of this new strategy. Assisted migration is not likely to serve as the preeminent solution to climate-driven extinction risk, but instead could serve as an important component of the suite of strategies used to conserve biodiversity. Currently existing strategies, such as attempts to reduce greenhouse gas emissions and the development of networks of corridors and reserves, should be continued.

A thorough evaluation of assisted migration challenges the basic language and conceptual framework of existing conservation policy, which has been based on a largely static conceptualization of species and ecosystems. In such a view, species are either ‘native’ or ‘exotic’; a primary job of land managers is to protect the species belonging to their managed ecosystems and keep out other species; and networks of reserves are built to conserve particular regions. But this static framework is likely to be both conceptually and practically inadequate for conservation solutions to 21st-century climate change. We must build conservation networks with the capacity to continually assess the viability of populations within and among reserves and to facilitate, either passively or actively, the geographic responses of species to climate change. We must also recognize, that in a changing world, not all populations can be locally saved from climate-driven extinction, but rather devote resources to ensuring that losses are balanced by the establishment of new populations elsewhere.

Clearly, biogeographers have a critical role to play in the discussion and possible implementation of assisted migration. Without a program of assisted migration some species will go extinct and existing genetic diversity will be lost, but without additional information it is hard to estimate how great these losses will be. Much information is needed to help evaluate this newly proposed strategy. We hope that this brief editorial will help to stimulate conversations, written responses, compilation of a more complete list of issues to consider, a holistic evaluation of assisted migration, and eventually to the suite of conservation strategies needed to preserve biological diversity in the 21st century and beyond.

A version of this article appears in the Summer 2007 issue of the IBS Newsletter.