The spirit of Alexander von Humboldt in the Opening Lecture

On Friday morning, the Head of the University of Bayreuth, Stefan Leible, opened the 7th international IBS conference, introducing the university and the organizing committee around Carl Beierkuhnlein. Then followed a great opening lecture by Helmut Schwarz, President of the Alexander von Humboldt Foundation. 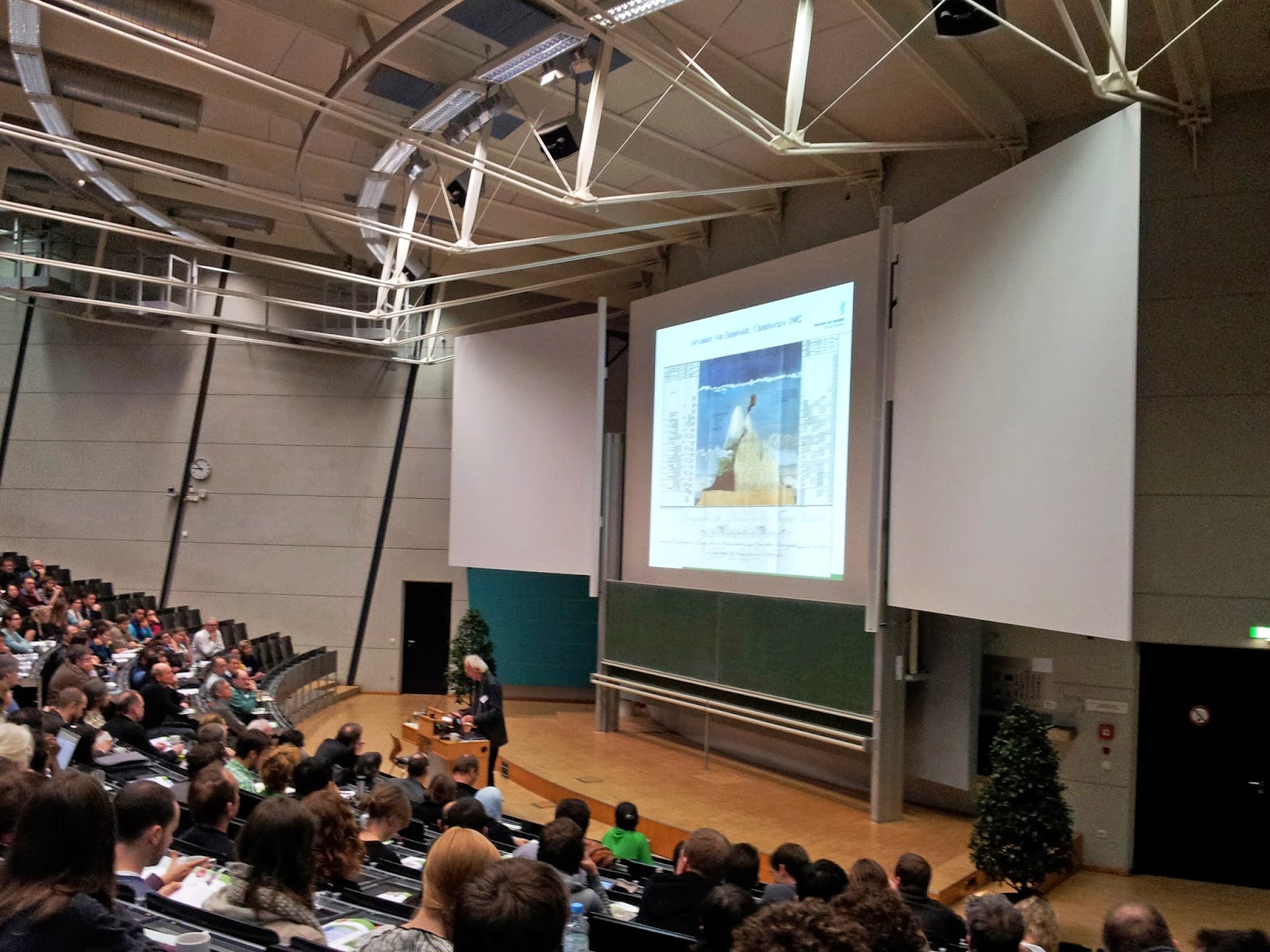 He gave an overview over the life and ideas of the father of the discipline of biogeography and namegiver of the foundation: Alexander von Humboldt. Seeing how I am a little Humboldt fan myself, this lecture attracted my attention from the moment I saw the programme and it was definitely worth getting up early after enjoying the atmosphere of the ecological-botanical garden during the welcome reception until late.
The key messages of the talk were the importance of  networks and supporting people (young researchers especially) rather than titles, as done by the Humboldt Foundation. My favourite fact: Humboldt organised a conference in Berlin in 1828 with scientists from all over Europe, which was a huge achievement in times of travel via horse-drawn carriage. It was possible to travel about 40 km per day, so going from Paris to Berlin took nearly one month! Compared to that,  I think anyone will agree that even the attendees from Australia had a very short trip to the IBS 2015 in Bayreuth (but certainly their love for science is no smaller than that of the scientists who came to Berlin back then).